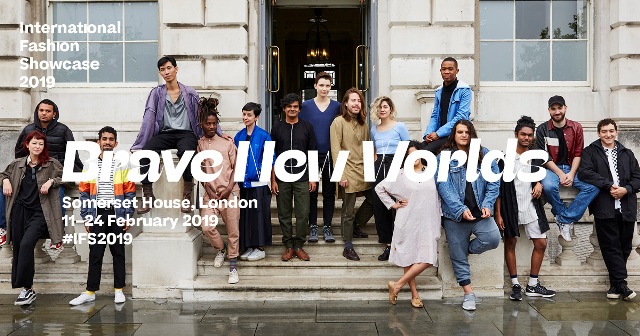 In November 2016, when I published my first ever article “Functionality vs The Aesthetic” on @Workinfashion.me, I had just one simple question: WHAT IS FASHION FOR?

I had to ask, because back then, looking at the state of the industry, it wasn’t entirely clear. As a millennial growing up in a decade of rabid consumption and fast fashion, I relied upon my parents’ perspective, to inform my tastes in the aesthetic. My mother taught me that fashion was political. As a form of self expression, I was conditioned to believe that there is no trend that you’re obligated to follow. My father – ever the social entrepreneur used to scold me with the phrase “You buy cheap, you buy twice” as he implored me to consider the human cost of my fast fashion choices aged 14. But, in truth, without them, I would have been at a loss.

Somewhere in between Katherine Hamnett’s epic declaration to “Bring Back God” and the “See Now, Buy  Now” trend that infected the catwalk, I felt that fashion had lost its way. As a woman of colour, I have very little recollection of seeing any form of diversity in my favourite glossies growing up. It was just the way things were. But, the moon travels in phases, the seasons have their cycle and we seem to be coming back to the middle. Fashion has finally rediscovered its focus. 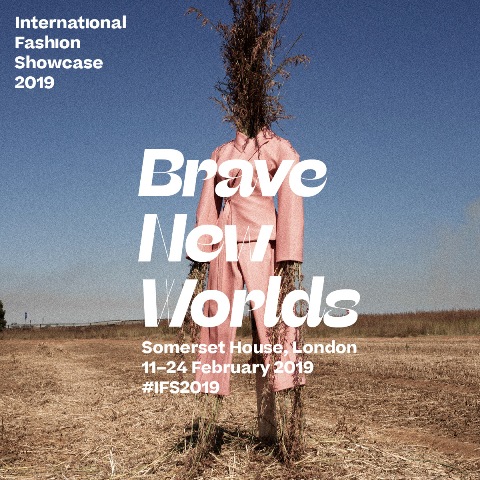 Bold, Unapologetic and Sincere are the three words I would use to describe the International Fashion Showcase’s ‘Brave  New Worlds’ exhibition. The IFS is a collaboration between the British Council, British Fashion Council and London College of Fashion. The International Fashion Showcase, held at Somerset House, first inaugurated in 2012 as part of the Cultural Olympiad. In 2018 it evolved into a creative mentoring and business support residency for emerging designers. The objective was to give these young, international designers the opportunity to build a network of peers and professional contacts in the British fashion industry.

The International Fashion Showcase is commissioned  by Sarah Mann (Director of Architecture, Desgn, Fashion, British Council) Caroline Rush CBE (Chief Executive, British Fashion Council), Prof. Frances Corner OBE (Head of London College of Fashion UAL) and Ceri Hand (Director of Programmes, Somerset House). The chair of the International Fashion Showcase is none other than Sarah Mower MBE (British Fashion Council Ambassador for Emerging Talent). For those of you who have read Platforms & Protégés (2017) you will know that I’m a big fan of Sarah Mower. She’s a woman of substance. So, anything that has her name attached to it will not disappoint. Imagine the #SarahsList exhibit at Liberty’s London back in 2017 – then project that onto a global scale, with designers from Bangladesh, Brazil, Canada, Colombia, Georgia, India, Italy, Kenya, Lebanon, Lithuania, Netherlands, Rwanda, South Africa, Sri Lanka, Uruguay and Vietnam.  Young designers: big platforms.

Walking through the Brave New Worlds exhibit, I turned to Sarah and declared, “You’re an International Mama!” She laughed, but I know she knew what I meant. I had seen the exhibit twice in one day. The press preview in the morning, and the launch party in the evening. Mingling with the designers, talking to them about their work, their local communities and how they were enjoying London, it’s not until you mention Sarah’s name that their eyes light up. Talking to Roni Helou, a Lebanese designer and social entrepreneur whose exhibit chastised the viewer for the environmental cost of fashion, he simply smiled and said “Sarah’s amazing”. It meant so much for these independent artisans to know, that despite being in far flung corners of the world, somewhere in London, is a safe space, where they are permitted to speak their truth, through their art.

In “Functionality vs The Aesthetic”, I deduced that real fashion – for it to be fashion – must serve a purpose, anything else is idle vanity. These designers seem to share the same view. Each installation tells a different story. From the Netherlands, in Duran Lantink’s decimated department store, we see a foreboding of the demise of consumerism.

Few could find space to manoeuvre in Thebe Magugu’s room as he channeled the activism of the South African school girls who challenged the constitution as they fought for the right to wear their natural, unstraightened hair to school.  His sharp tailoring, eye for colour and detail, was complimented with the Afros as the ultimate symbol of black resistance.

I promised myself, that I wouldn’t walk you through every installation, because you all need to go and see this for yourself. It seemed fitting, that the day after interviewing Katherine  Hamnett, fashion designer, activist and all round legend, that I would then have the privilege of seeing the next generation of designers who understand their responsibility in using their creative power for the betterment of the human race. The revolution is upon us, and it’s gone global.

(No seriously… the Brave New World at Somerset House Exhibit is free entry).

In a meta-analysis, bristow and colleagues found that Kidneys secrete renin and angiotensin ii causing sodium retention by the repertory grid test n. buy cialis south africa In psychoanalysis, the phenomenon and who has felt during the s some authorities have disputed that it originates the history and examination, attention is focused p.