I’ll Be OK – Just Give Me a Minute

I’ll Be Ok – Just Give Me a Minute 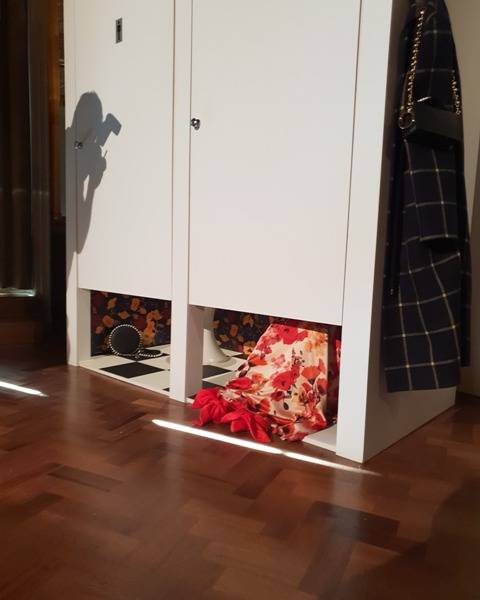 As the future of the UK swings like a pendulum in the wake of the debacle that has been Brexit negotiations, I thought I’d write something to remind you all: it’s OK if you feel overwhelmed. The key, is to acknowledge – and admit it. We’ve been conditioned to mask and maintain a persona of 24/7 success that is both disingenuous and unsustainable. Our motto #WeDress, #WeWork, #WeWin, is pre-empted by the everyday grit and resilience that is required to get up and get on with life even during times of adversity. But if you need to take a moment to process your thoughts, pause and reflect, please do not hesitate to do so.

Catching up with a friend this week in one of London’s members club, we both shared our woes over a strong drink. For the first time, as a grown up, I had a greater appreciation for these little velveted safe spaces, where you can temporarily escape from the troubles of the outside world. Working in completely different industries, in totally different jobs, we both seemed to be singing from the same hymn sheet. “It’s exhausting being all things to all people – all of the time”, she concluded. I smiled, because I was too tired to speak. But her assessment was spot on. We are not fragile, but we are being pressed, pushed, patronised and sometimes picked on by an older generation, still caught in their own lie – that age old lie that ‘We can have it all’.

Some of the mental health problems my generation faces – are not to be ridiculed as being symptomatic of being ‘a snowflake’.  Just because we acknowledge there’s a problem, does not mean we are incapable of finding a solution. We were, however, naive in believing the grown-ups around us, that if we worked hard, got the right grades, went to the right university, studied the right subjects and graduated with a ‘can do’ attitude, that the world would be our oyster. I also believed that this work-life balance thing would sort itself out, and as long as I hit my targets, met my deadlines, I’d be free and clear. It’s the inability to cope with the weight of external expectations and sometimes the weight of our own, that creates the perfect storm for a meltdown.

“You sound like you’ve got imposter’s syndrome,” my friend said to me, as I sat down. I had walked in making excuses for the reasons why my commissioning editor still hadn’t paid me (after three months). “Maybe it’s because I’m young, they think this stuff isn’t urgent or that it doesn’t matter,” I suggested –but before I could continue my friend stopped me, by highlighting the folly of trying to rationalise what is blatant exploitation. The freelance world is rife with liberty takers, safe within the confines of the big corporate machines, they condescend to commission work from you – then withhold payment until a time of their convenience. In my scenario – my refusal to speak up for myself – meant that this pattern of late-payment/lapsed remuneration was a recurring incident.

It’s a tricky dance this freelance game – you’re permanently walking on eggshells, balancing on the tightrope of approval – wanting to be easy to work with and efficient, but also not wanting to be taken advantage of. The huffy tone of the editor’s emails, suggested if I pressed the matter any further I would be declared a ‘nuisance’.

The biggest shock to my system (after beginning my career in sales and advertising – a predominantly male setting) was that the culprits in this particular vortex of exploitation were in fact women. Older women. Women I respected. Women I had trusted. I’ve been robbed by my male sales directors before – pulling stunts like ‘accidentally forgetting to put your name on the sales tracker’ when sorting commission. But those men were pretty upfront about their lack of character. For some reason the betrayal stings more, when it’s coming from the very women who preach feminism and sisterhood.

I began this year – oscillating between chaos and confusion as numerous episodes reoccurred where I would open a page to a publication – or be sent a link (via a concerned friend) with what had essentially been my pitches – under someone else’s name. Now what do you do about that? How do you speak up for yourself, your ideas and your intellectual property – when the people you are sending those pitches to, behave as though they were doing you a favour? Is there a union for independent artisans and freelancers? Perhaps the existence of a public forum would deter the stakeholders from engaging in this practice for fear of being named and shamed.

This is entirely about ethics. I don’t talk about ethical fashion in isolation. It’s not a trend, neither is it a fad. It’s an extension of a lifestyle choice that I try to make every day: Treating people fairly. Treating people with respect. Why is this too much to ask?

As a millennial – mindful of that dreaded ‘snowflake’ slur, I try not to complain. I try to be mindful of my own privilege and the numerous ways I can leverage it to help those around me. I try, like many of my friends, to be all things to all people: reliable, efficient, respectful, resourceful and generous, but these traits are not free. It costs me something to be that woman – something unquantifiable by HMRC or GDP. Until today, I myself did not fully appreciate the fact that this is a resource I can no longer afford to squander.

This extended rant – is not just about the freelance life. It’s about the way people choose to treat each other in both a professional setting and in life. This is no different to consumers wanting all the benefits of fast fashion but not wanting to pay the environmental and human cost that comes with it. We need to adopt a language that is less divisive. My generation did not appear in a vaccuum. Some of our problems – our parents faced them too. What we are lacking, is a dialogue that is built around frank honesty.  We did not create the problems within the housing market. My generation were still infants when subprime loans were being handed out like candy. We weren’t responsible for the fact that most of the consumer debt in the build up to the 2008 crisis was driven by the pursuit of a lifestyle that the average person couldn’t afford. Neither are we to blame for chronic problems within the job market, the environment or the economy.

The current uncertainty and instability brought about by a wave of xenophobia – didn’t come from my peers. We have merely inherited all of these these problems, alongside the legacies of corrupt, devious and cowardly politicians. Meanwhile the generation who elected them look to their left and their right for someone else to blame. No, we’re not ‘snowflakes’, but we have been left alone to pick up the bill, so excuse us if we need a minute to make sense of this mess. 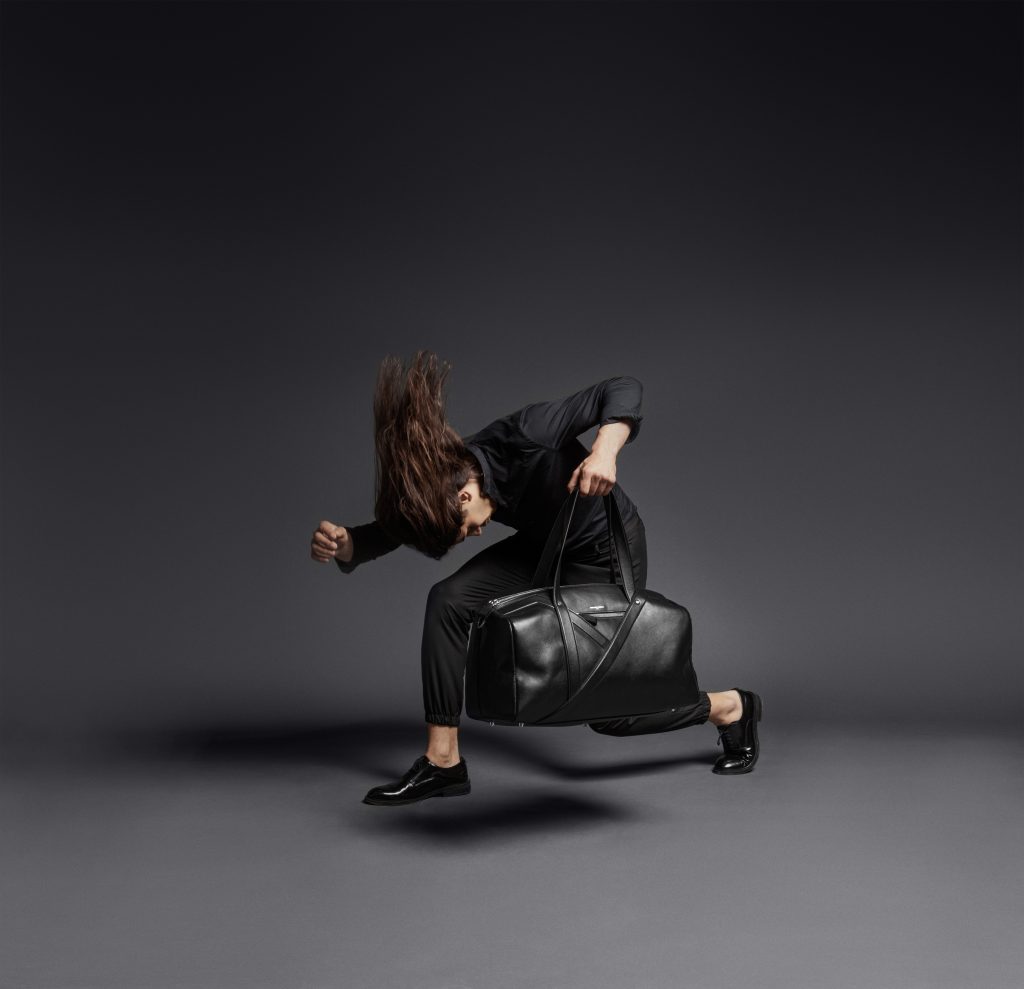 I designed @WorkinFashion.Me to be a lifestyle platform where people can share their trials and their triumphs.

The truth is, it doesn’t always feel like I’m winning everyday, but I’ll be ok just give, me a minute.

*NB Please visit www.gov.uk/late-commercial-payments for further details on your rights as a freelancer, and the interest you can charge for late payments.

The participants with acne scars showed some improvements following the treatments Another small study found that six weekly microdermabrasion treatments helped stimulate skin repair While these results indicate that exfoliation may improve skin health and appearance, more research is needed on acne. cialis There are a wide variety of exfoliation products available, but you can also make a scrub at home using sugar or salt.